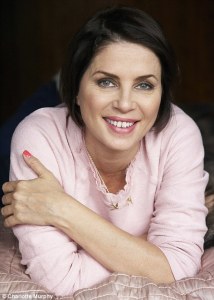 English actress Sadie Liza Frost was born on June 19, 1965 in Islington, London to artist David Vaughan and actress Mary Davidson. At the age of three, she was already seen on television, portraying a role in a certain commercial. It was in 1987 when she started her career as an actress on screen, portraying a significant role on Empire State. Soon after, she was highlighted on Diamond Skulls, A Ghost in Monte Carlo, Bram Stoker’s Dracula, A Pyromaniac’s Love Story, An Ideal Husband,  and many others. This year, she appears on the thriller film Deadly Virtues: Love.Honour.Obey.

A religious vegetarian herself, Sadie shared in one of her interviews, “I’ve never touched meat. I’ve never held it. I wouldn’t even be able to put a plate that had had meat in the dishwasher and I certainly can’t cook it. If I was to come into contact with it I would become physically sick. I don’t like the smell. I don’t like the taste and even if it came close to my mouth I’d be really ill.

She added, “I’m not religious, but this is the strongest belief that I have. I feel very passionate about it.” Well, her enthusiasm about vegetarianism is really impressive. We might as well imitate her and see the great wonders of eating veggies to ourselves.