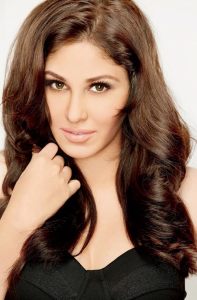 Pooja Chopra is an Indian model and film actress. She was born on May 3, 1986. It was in the year 2009 when she became prominent after joining and winning the beauty pageant Femina Miss India. After winning the said competition, she represented India and competed for the Miss World 2009 in South Africa where she earned the Beauty with a Purpose award. Two years after joining the Miss World competition, she delved into the world of film acting and was cast on the 2011 Tamil film Ponnar Shankar where she acted the lead role Princess Muthaayi. In 2012, she also had appearances on film Heroine and The World Before Her. She also starred on the 2013 film Commando where she played the role Simrit Sarabjit Kaur.

In one of her interviews, Pooja was asked about her fitness routine. She said, “You can never follow a schedule while you are shooting or travelling. Initially I used to work out six days a week but now I have reduced it to five ‘coz I hate the fact that I am getting abnormally skinny. I also play badminton and squash with my friends whenever I get the time.”

When asked about her diet, she shared, “I love broccoli and oats. I also eat a lot of egg whites. My grandmum wonders how I manage to not get bored with the usual egg white diet. I also ask my cook to mix up various ingredients and keep reinventing, for instance play around with different kind of parathas or add tofu instead of paneer et al.”