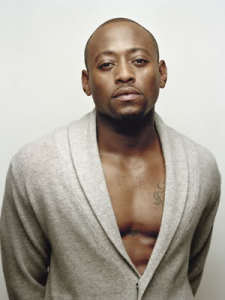 Omar Hashim Epps was born on July 20, 1973 in Brooklyn, New York. He is an American actor, rapper, songwriter, and record producer. He started to appear on big screen in 1988, playing the role Charlie on the short film The Green Flash. Soon after, he was hired for a number of acting projects including role portrayals on films Daybreak, The Program, Major League II, and Don’t Be a Menace to South Central While Drinking Your Juice in the Hood. In 1996, he became prominent when he was cast on Deadly Voyage and earned the Festival de Télévision de Monte-Carlo Silver Nymph Award for Best Actor. Since then, he constantly appeared on screen and became more and more renowned for his exceptional acting skills.

Now how does the actor keep up a toned physique? Well, according to him in an interview, “I usually tone up with core- strength workouts. I do them four times a week with a trainer I’ve been with for about five years now; his name is Andre Hudson. He puts me through a rigorous course incorporating cardio with strength training. I also maintain a pretty strict diet and workout program, because you’re constantly in a pool of people around you for other roles, so you always have to be ready. I work out mostly for my health, but for creative purposes, it helps me get the engines rolling in the morning.”

And what about his diet? “I maintain a pretty strict diet and workout program because you’re always in the pool for other roles, so you have to be constantly ready,” he said. “I work out for my health, and creative performances for what I do, it helps me get the engines rolling in the morning.”