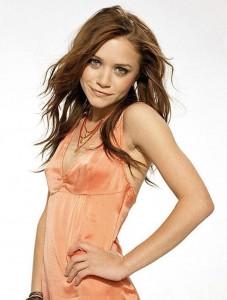 Mary-Kate Olsen is known as an American actress, fashion designer, producer, author, and businesswoman born on June 13, 1986 in Sherman Oaks, California. She is the twin sister of Ashley Olsen who also shares the same interests with her. Her parents are David Olsen and Jarnette Fuller. Together with Ashley, she was already recognized as a celebrity when she was nine months old. Her first screen appearance was in the 1987 TV sitcom Full House. While growing up, fame was already a part of her life as well as her twin sister’s. Together they were cast in several movies and TV series and some of them were in Two of a Kind, Passport to Paris, Our Lips Are Sealed, Winning London, Mary-Kate and Ashley in Action!, and many others. It was in the year 2004 when she had gone through a difficult situation in her life by which she suffered an eating disorder called Anorexia Nervosa. She recovered in the long run, and nowadays, she’s practicing normal and healthy eating habits.

In keeping her body fit, she constantly stays active by walking daily. Though she and her twin-sister have expensive cars, they are usually seen walking through the streets of New York.

And when it comes to diet, she regularly eats foods loaded with protein. Although she consumes foods with carbs, she keeps them in moderation. She is also known to be a fan of sushi, which is usually recommended by celebrity trainers.