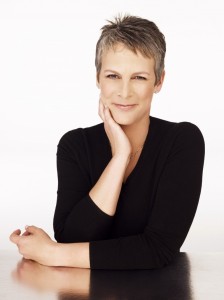 Award-winning American actress and author Jamie Lee Curtis was born on November 22, 1958 in Santa Monica, California, USA to celebrities Tony Curtis and actress Janet Leigh. She attended college at the University of the Pacific in Stockton, California and later on quit studies to pursue acting. Her first acting appearance happened in the year 1978 when she played the role Laurie Strode in the independent slasher horror film Halloween. The said film became a huge success and even hit the high-grossing record for independent films, which made Jamie quite prominent. After her first film appearance, she subsequently earned different roles in horror films, making her labeled as “scream queen”. Several years after dominating the film industry, she appeared in the comedy film Trading Places which earned her a BAFTA Award for Best Actress in a Supporting Role. She also earned two major awards in the heist-comedy film A Fish Called Wanda in 1988. Currently, she is on her post-production appearance in the mystery comedy-drama film Veronica Mars which also features Kristen Bell and Jason Dohring.

To keep her body in healthy condition, she regularly exercises and does Pilates. She said it’s a great workout regimen especially if your aim is getting rid of belly fats.

For her diet, she practices portion control where she can eat whatever she desires but in controlled amount. She expressed in one of her interviews, “I eat very carefully. I’m not saying obesity or lack of exercise is fine. I’m saying, ‘This is what I look like and I do that.’ I’ve had to accept that part of me.”