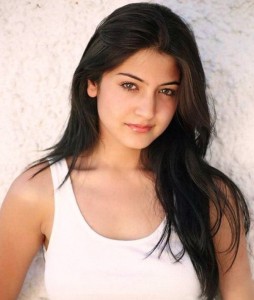 Anushka Sharma, born on May 1, 1988 in Ayodhya, Uttar Pradesh, India, is an Indian actress, model, and producer. She is the daughter of military official Colonel Ajay Kumar Sharma and wife Ashima Sharma. Originally, Anushka planned to make her modeling career enhanced and didn’t really desired to go for acting. It was in 2008 when she was given her first acting appearance on big screen, playing the role Tani Sahni on Rab Ne Bana Di Jodi alongside Shahrukh Khan. The said film earned her the Apsara Film & Television Producers Guild Awards – Best Actress. Three years later, she again dominated the big screen, acting as Bulbul Singh on Badmaash Company and Shruti Kakkar on Band Baaja Baaraat. She had series of acting projects afterwards. And nowadays, she is working on her new project which is portraying the role Farah on the upcoming film Dil Dhadakne Do.

So what’s her workout routine? In one of her interviews, she said that she usually indulges on weight training and Yoga. “I do weight training four times a week to tone my body. Yoga is a recent addition to my workout, as it rejuvenates my mind, and gives my skin that inner glow. Sufficient rest is also important for the body to recuperate,” she shared.

She’s also very careful about her diet and she’s always making it sure to eat right. “Eating right and healthy is a very important part of my wellness routine,” she said. “I prefer eating vegetarian food and like only certain dishes in non-vegetarian. In vegetarian food, I like eating parathas and veggies.”