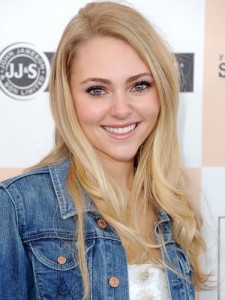 AnnaSophia Robb, born on December 8, 1993 in Denver, Colorado, is an American actress who is the only child of Janet and David Robb. She is known to be a girl with multi-racial features which combine Swedish, Danish, Irish, English, Scottish, and ancestry. While being homeschooled, she used to participate in gymnastics competitions for over four years but eventually stopped in order to concentrate on acting. Her career started when she endorsed a McDonald’s commercial and starred for a guest role in the TV sitcom Drake & Josh. Following her first exposure were her role appearances in Samantha: An American Girl Holiday, Because of Winn-Dixie, Charlie and the Chocolate Factory, Danny Phantom, Soul Surfer, and many other films and TV programs. Lately, she lent her voice to the computer-animated adventure film Khumba and voiced the character Tombi. Presently, she is playing the role Carrie Bradshaw in The Carrie Diaries.

Prior to her filming of Soul Surfer, Anna undergone some serious training for about two weeks to come up with a well-toned physique. She does swimming everyday and dared to breathe inside water. She also practiced balancing her body through surfing and does core strengthening.

Believing that exercises are not enough to keep her body fit, she consumed foods loaded protein.