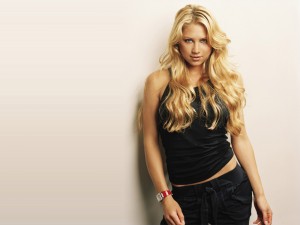 Anna Kournikova, originally Anna Sergeyevna Kournikova, is a Russian-American retired tennis player born on June 7, 1981 in Moscow, Russia. She started playing tennis when she was a child. At 14, she joined the European Championships and the Italian Open Junior tournament and brought home the championship title. She was also known as the ITF Junior World Champion U-18 and Junior European Champion U-18. Her journey to success continued until she unfortunately had an injury in her left foot that required her to withdraw series of tournaments to undergo surgery. By the time she was ready, she returned in the tennis scene but didn’t make it to other games. In 2002, she did not give up and continued to fight and became quite successful. Nowadays, she still plays matches for charitable purposes.

Not only is Anna a skilled sportswoman. She’s also got an athletic, super sexy killer body. Though she’s no longer competing for tennis games, she still works hard to maintain an enviable bod by tremendously working out. She spends 45 minutes performing cardio exercises while she works 30 minutes doing weight training. “I exercise about an hour a day,” she shares. “I love the feeling of sweating. I’ve been exercising my whole life so I really love it.”

And her diet secret? It’s all about eating foods in moderation.  “I think everything in moderation is really the best way to go. I try to eat as healthy as I can, which is not always possible. You know, I have my Burger King and McDonald’s days too,” she explians.